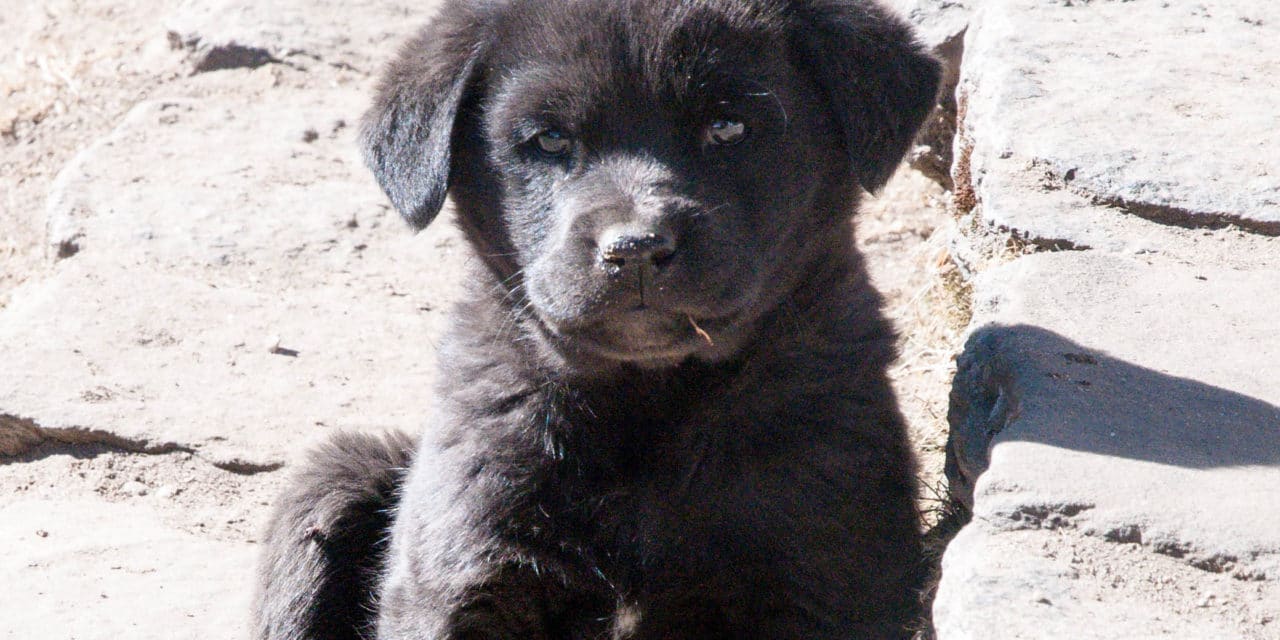 Before teaching others, before changing others, we ourselves must change.  We must be honest, sincere, kind-hearted.

Day 11 The Return to Namche

Our teahouse in Deboche is called Rivendell, named after the Elven town from J. R. R. Tolkien’s Lord of the Rings series of books.  It’s constructed of stone and wood and a noticeable step up from the other teahouses that we previously stayed.  One other large group is in the dining room this morning for breakfast and as they’re leaving, we hear goodbyes and talk of a helicopter evacuation.  One member of their group is staying behind to get evacuated.  It turns out that he’s not terribly sick or anything, but the most mundane of problems has earned him an express ticket home.  He had some issues yesterday with his socks and now has blisters that have developed making it impossible to walk the rest of the day.  He’s not overly disappointed by the turn of events as he’s looking forward to the free chopper ride and the pictures he’s going to take during.

We say goodbye to the Elves of Rivendell and make our way through the snow-covered forest to Tengboche.  We reach it after 30 minutes of climbing through the forest and head towards the monastery.  It’s not OK to take pictures inside the monastery, so we can only describe the inside as truly an impressive sight.  There is no indication or understanding of how its possible to bring such a thing here, but up the stairs inside the monastery you are greeted with the sight of an enormous golden Buddha.  Once we’re done with our short break and tour of the Tengboche Monastery, we play with a few tiny new puppies in the village and start down the big hill towards the river crossing below.

Before we leave, we turn around for a look back at Everest and Ama Dablam that are both prominent in the higher landscape. 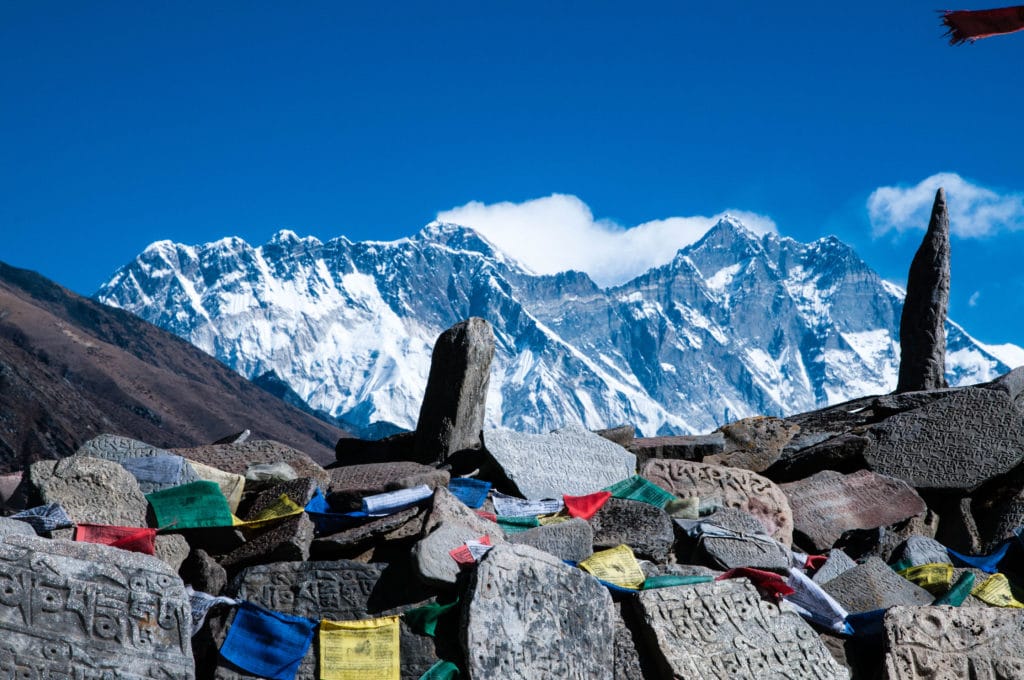 The rest of the day involves climbing a couple of large hills and then lunch at a teahouse at the high point.  The teahouse folks greet us warmly, especially since there is not much happening right now and we are the only guests.  We head inside to the colorfully decorated dining room that’s filled with banners and signed victory t-shirts of past climbers & mountaineers.  While we wait for our lunch, we hear a cat, a loud vocal cat.  As we look around to identify it, we see the dining room door push open.  We feel curiosity and a tiny amount of fear as we wonder what kind of cat can actually push its way into the dining room.  Up from the ground rises a tiny Nepali boy with apple-red cheeks sporting a mischievous grin.  He’s wearing what we see a lot of Nepali wear throughout our trip, a “puffer” style down jacket.  The concept of these folks wearing what you would considering stylish Western clothing is strange until you also consider this is precisely the type of environment where such clothing excels.  The boy messes around in the dining room a bit more and then goes outside, where we hear impressive crow and dog impressions.

Looking around the dining room further, we notice that the teahouse owners are quite interesting people.  There are pictures of them around the world, including visiting personally with the Dalai Lama, as well as personal correspondence with the Prince of Wales.  One of the things we learn on this trip is that during this low season of trekking, many teahouse owners are not actually operating their businesses.  They lease the teahouse to their workers or other Sherpa people so that they can run their own business for the duration.  It’s a great idea that puts the vacationing teahouse owner at ease knowing that the property is in good hands, while someone else gets an opportunity to earn an income.

Another hour of walking and we return to Namche Bazaar to our old teahouse and are given the same room we had previously.  It’s a great homecoming from our successful trek at higher elevations.  Many trekkers opt for a hot shower at this point, since it’s now possible again at this elevation.  We choose to skip it and wait for the ultimate reward of showering once we get back to Kathmandu. 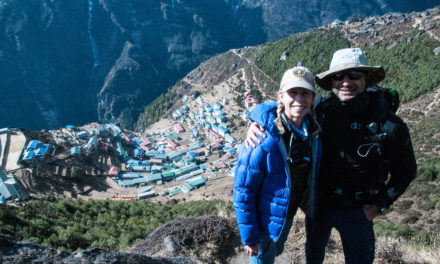 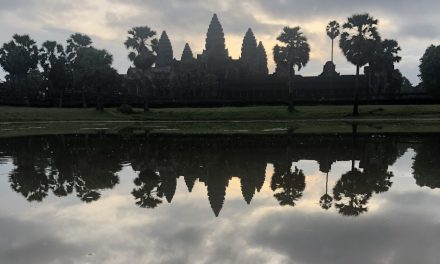 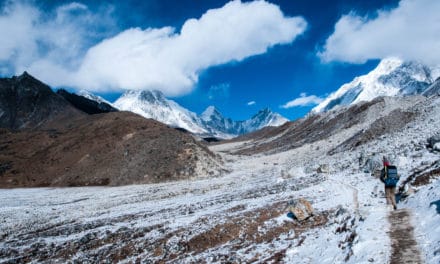 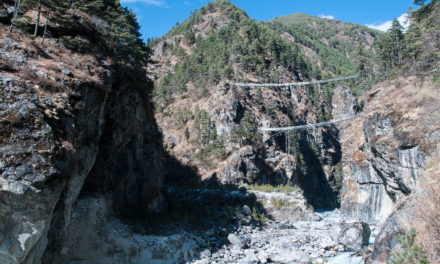