Love – The Tale of Sasha 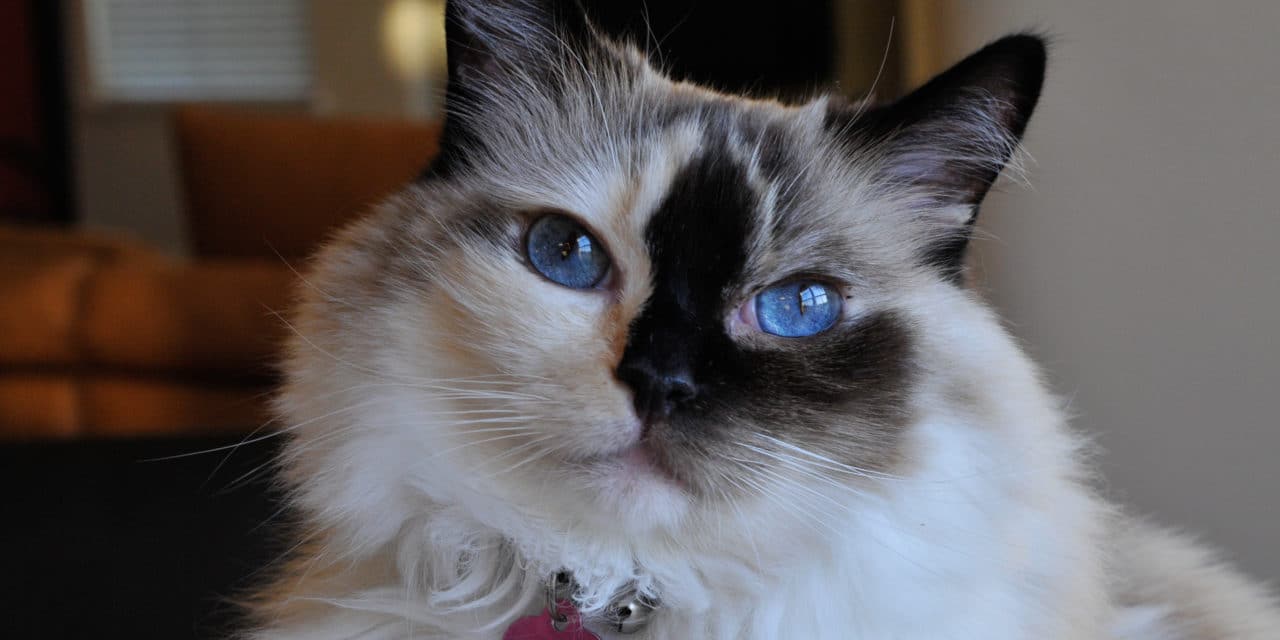 We adopted Sasha, one of our two cats (sister to Snowball) in 2005 at the age of 6 weeks and she passed away last Fall (September 2018). We brought the pair of them into our lives as a birthday present for me that Fall.  Snowball was euthanized in April 2017 after a multi-year fight with kidney disease finally brought her life to an end.

That loss was so traumatic for us that I couldn’t help but journal my feelings and thoughts immediately that same day that we put her to sleep.  I had thought about or feared what it would look like to lose them for many years.  All animal lovers know that the hardest part of sharing your life with your pet is knowing that they have relatively short lifespans and that eventually the day comes when they are no longer with you.

I knew all along that when that day would come that it was going to be terrible.  And it was.  It was just like your heart fell onto the ground and shattered into a million pieces.  So, when Snowball passed, I immediately wrote some thoughts about it here (Eleven Years with Snow).

Snowball was the cat that I picked, and Sasha was the cat that Julie picked.  They were both Ragdolls and we were told half-sisters and born on the same day.  Ragdolls tend to be incredibly sweet, follow you around like dogs, and extra docile and gentle.  Snowball was a bit of a scaredy-cat, whereas Sasha was always at the front door to greet anyone and everyone.  I’ve said through the years that if you look in the dictionary under love, you should find a picture of her there.

I suppose all cats purr, but you haven’t heard purring like Sasha’s.  She was extremely affectionate and once she got the motor running, you could hear it from across the room.  So much so that she couldn’t be in the same room with you if you wanted to sleep.

She would first stun you with her extra fluffy white with some brown and black patched coat, blue eyes, and pink features.  Then, she would lay on her charm with her completely trusting and loving nature.  A repeating story at multiple vet offices through the years was how the employees would completely fall in love with her and half-joke that if we ever wanted to just leave her there, that would be just fine. They called her the sweetest, most uncooperative cat ever (more on her wiggliness later).

She was also a trooper.  She had a condition in her mouth that was causing a lot of pain and inflamed gums.  It turned out to be some type of issue where your mouth is rejecting your teeth and that’s the cause of the inflammation.  We tried several treatments to bring relief and none of them worked.  The next step recommended to us was removing all her teeth, which sounded extreme.

However, it was well documented as an effective fix and we learned that (indoor and domestic) cats don’t need to have their teeth to function well.  Their mouth has a hard palette and they can eat hard or soft food without issues.  Sasha went through the procedure and her issues were completely resolved.

Because Ragdolls are said to be docile and especially now that sweet-mannered Sasha no longer has teeth, we were always careful to keep them indoors.  However, we did do some outdoor time with them while we supervised them in the backyard so that they could get some vitamin D, be outside in nature, and enjoy the sunshine.  Both Snowball and Sasha never learned to climb fences so when we put them in the backyard they were free to roam there and that’s where they’d stay. Sasha loved to chatter at the birds, but never tried to catch one. She loved her outdoor time and would sometimes sprint across the lawn to evade recapture by us to come inside.

Snowball was the one that completely endeared herself to both Julie and me.  She was always highly engaged, empathetic, sensitive, smart, and playful.  While she was feisty, vocal, and didn’t like anyone messing with her, her heart was pure and we must’ve hugged her a million times.  She also love to be draped over a shoulder and taken for a ride.

Sasha, on the other hand, we joked was a true lady and had to always be treated – oh so – just right.  Despite her incredibly sweet demeanor, she didn’t like to be held unless it was on her terms. She had a world-class wiggly worm move that she used to free herself from your grasp.  Again, if you approached her just right and met whatever mystical requirements she had, you could maybe carry her or hold her without her wiggling with all her might to get free.

There was a nightly ritual, where once both girls were hunkered down in the living room with us after dinner, Sasha would come by and start play-fighting with Snowball.  It usually ended with Snowball chasing Sasha, followed by Sasha hissing, pretending like she didn’t start it, and mystified why Snowball is bugging her.

It didn’t dawn on us until Snowball was gone and Sasha started to really blossom as the “only child” in the house that this was likely some kind of jealousy towards the engagement we had with Snowball.  Friends with whom we related this story said that this behavior is common known, but we were completely oblivious through the years.

Even though it was extremely hard with Snowball gone from our daily lives, it became really gratifying to see Sasha get all our attention and blossom into being more engaged with us.  We used to observe how Sasha was a copy-cat and things Snowball would do and she never did on her own she would start mimicking after Snowball had done it first.  We also used to joke that when we were interacting with Snowball, we would see Sasha off somewhere in the room relaxing but fixing a close eye on the situation.  Turns out there was more there than just a funny thought.

We were grateful in the end that Sasha got her time in the sun with us.  Snowball passed away in April 2017 and Sasha had a great year with us into the Summer of 2018, when a horribly fast cancer struck her and we had to put her to sleep in September of 2018.

I didn’t write anything about her passing at that time.  I don’t know if there’s a reason for that, maybe I just wasn’t ready. I learned a lot during the years of having the girls in our lives.  Love is one of them.  Sadly, grief is something that I’ve learned a great deal about, as well.  It could be that love and grief are two sides of the same coin, I don’t know.

Julie and I think, talk about, and miss the girls every day.  There are so many funny, great, and poignant memories we’ll carry with us forever.  It was time to finally write something about Sasha.  When I think about her, I think love. 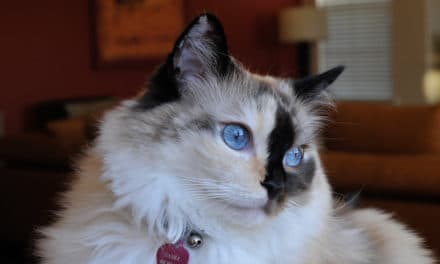 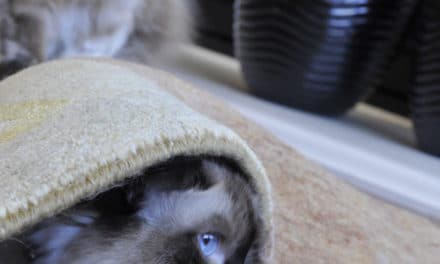